The victim of a recent car crash in Mesa was rescued thanks to the quick actions of SRP Substation Troubleman John Boyle. Boyle, who lives in Queen Creek, was performing a line patrol inspection near Power and Warner roads on July 6 for an upcoming planned outage when he came across a vehicle that had crashed into an embankment adjacent to a canal. 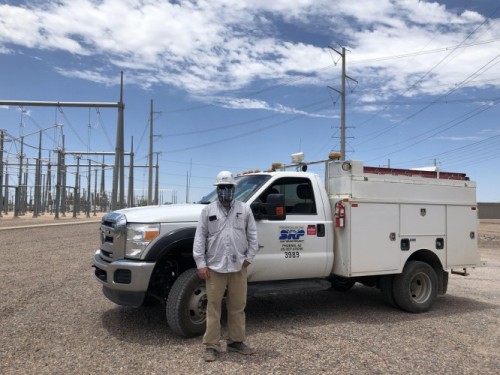 At first, Boyle thought it was an abandoned vehicle, but when he noticed a windshield wiper move and then an arm move inside, he immediately called 911. The dispatcher sent out a helicopter for observation, and shortly after that, the police and medical response team responded to the scene. Boyle stayed with the victim until help arrived.

It appeared the Prius was launched over a canal operated by the Roosevelt Water Conservation District and hit the far side of an embankment, according to Mesa Police. Because the vehicle ended up in a flood basin, it was out of the view from the road.

“By going above and beyond, he saved a life. If he had not been there, who knows what would have happened. It definitely could have been worse with the heat and the fact that the vehicle was hidden from view from the street,” said Mesa Police Det. Jason Flam. 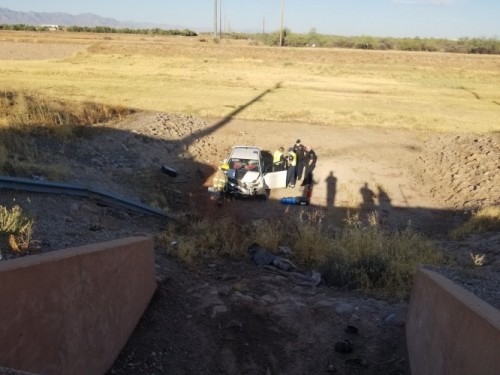 “When people make phone calls like this, it allows our police and fire departments to help individuals and none of that happens without you,” said Assistant City Manager John Pombier told Boyle during the Zoom meeting. “We really appreciate the fact that you took the time to make a difference because you helped save a life, and we couldn’t be happier, so thank you very much on behalf of the city.”

“We are the stewards of the community and we take the health and safety of our community very seriously,” said Nate Tate, Director of Substation Design, Construction and Maintenance. “The actions John took that day definitely exhibits our values and we are extremely proud of him.”

Boyle pointed to a number of things that assisted in his heroic efforts. He hadn’t planned to be on the east side of the canal that day and if he hadn’t been there, he said he would have missed the crash. Boyle also credits SRP’s safety training and focus on situational awareness training as other factors.

“I’m just really proud of the training I’ve had at SRP that helped me deal with something like this,” Boyle said. “I’m just glad that I paid attention to those details because I was very close to just considering that an abandoned car. I encourage everyone to pay attention to their surroundings and don’t hesitate to ask for help.”