SRP crews at Theodore Roosevelt Dam on Thursday (Aug. 29) conducted an annual test of two of the four north spillway gates to ensure they'll operate properly in the event of a flood. Crews opened each of the two gates on Roosevelt's north side in one- and two-foot increments, until each was opened 3 feet. The entire test, which was successful, took less than an hour. 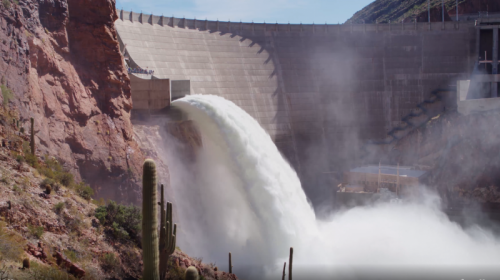 Thanks to the 2019 runoff season that produced more than 1.1 million acre-feet of water between January and May, this is the first time in several years that lake levels were high enough to produce the stunning waterfall effect captured in this video shot by SRP's Creative Services team. Most tests in the last eight years have been "dry," as the lake was too low to reach the spillway gates.

During the test's peak flow, 22,440 gallons of water per second was released. That water will be stored in Apache Lake, where it'll eventually be released downstream into the canals that deliver water to the Valley. 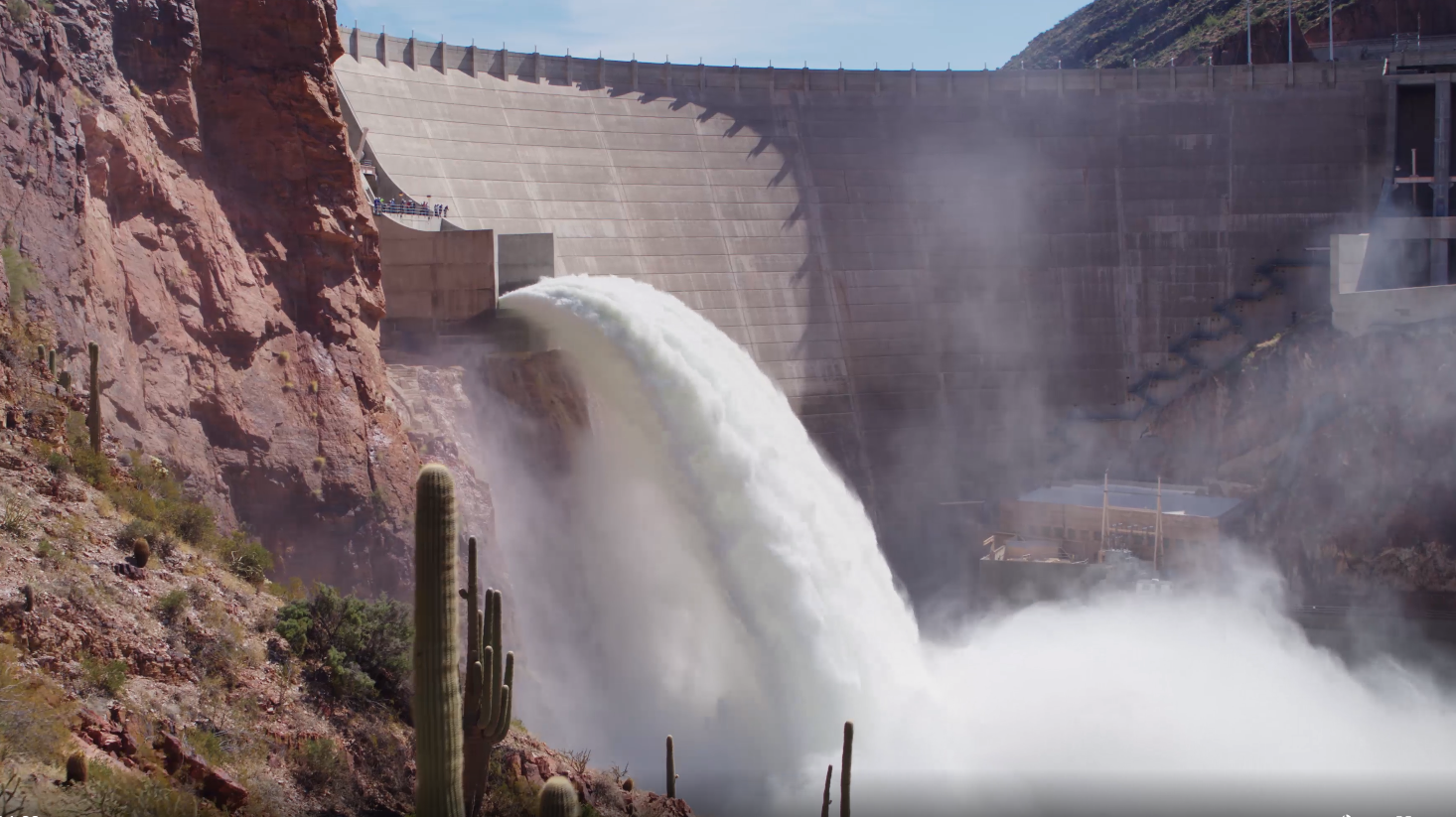