SRP earned top honors in customer satisfaction in the western United States among large electric utilities for the 23rd time in the 24 years that J.D. Power has been surveying residential electric customers. In the West Large segment, 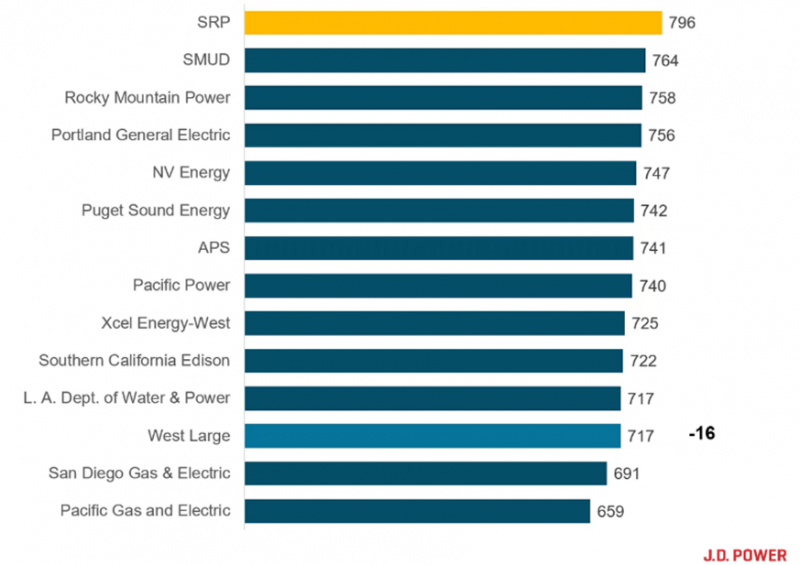 The award marks the 23rd time SRP ranked first in the West Large in the residential study and the 21st year in a row. The Sacramento Municipal Utility District is the second highest ranked utility in the West with a score of 764.

The average score in 2022 in the West Large Utility region, which covers utilities in Arizona, California, Colorado, Idaho, Nevada, Oregon, Utah, Washington and Wyoming, is 717. SRP’s Customer Satisfaction Index (CSI) score is 65 points higher than the national average CSI for all electric utilities surveyed, which is at 731.

The 2022 Residential Electric Customer Satisfaction Study was based on responses from more than 102,000 online interviews conducted by J.D. Power from January through November 2022 among residential customers of 145 electric utility brands across the nation, which represent more than 100 million households.